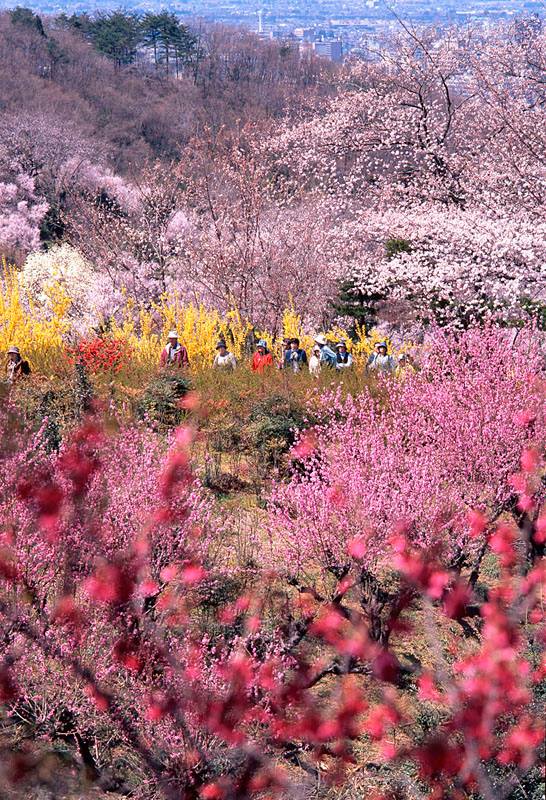 Can't wait for spring to come. - - - Hanamiyama Park, 花見山公園Fukushima City
Hanamiyama Park is a private property owned by a flower farmer who converted the slopes into a beautiful park and has allowed visitors to enjoy the floral views in spring each year since 1959.
Cherry blossoms, peach blossoms and other ornamental flowers in different colors can be found along the walking trails.
The park is located south-east of Fukushima City, Miyagi Prefecture. 15 min. by bus from JR Fukushima station.

Sendai 仙台
One of Tohoku’s most popular tourist destinations, Sendai is the region’s largest city and the capital of Miyagi Prefecture.  It was the former stomping grounds of daimyo (warlord) named Date Masamune 伊達正宗, whose shadow still looms over the city in the form of various castles, shrines, and mausoleums – but Sendai also features a host of modern-day attractions such as museums, zoos, and a large marketplace.

Aomori 青森
The Munakata Shiko 棟方志功 Memorial Museum of Art presents the works and achievements of that world-famous woodblock print artist from Aomori.  The Nebuta-matsuri Festival in summer features huge lanterns, and is one of the biggest festivals in the Tohoku region. 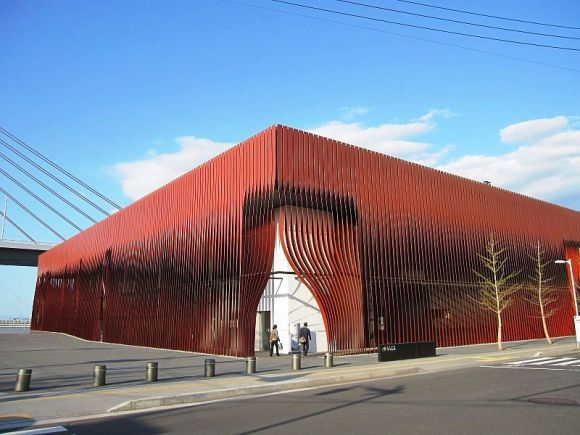 Can't wait for spring to come. - - - Hirosaki Castle Park
Hirosaki city 弘前市, Aomori Prefecture 青森県 is situated in the northern tip of the main Honshu island. Hirosaki Castle Park, also called Ouyou-en 鷹揚園, is one of the Best 100 Cherry Blossom Viewing Spots in Japan.
Approximately 2,600 cherry trees of 50 different varieties stand at the park grounds and burst into full bloom at the end of April every year. 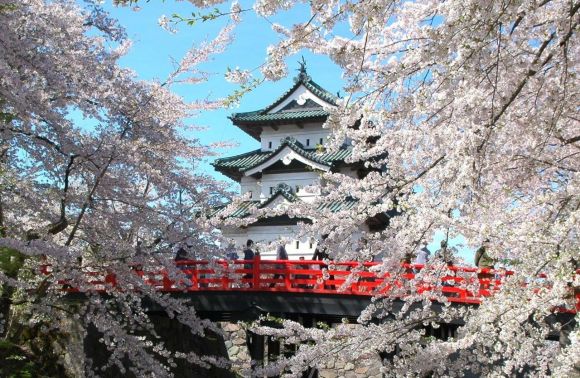 Morioka 盛岡
Along the eastern side of the Nakatsu-gawa River 中津川, historical buildings from the 19th and the early 20th centuries, such as merchants' houses and private houses, can be seen. The gentle atmosphere and the nostalgic appearance of this area, which is known as "the capital of forest and water," are a good contrast to the busy atmosphere and the modern appearance of the fashionable shopping area near Morioka Station.

Hiraizumi 平泉
Centuries ago, this city rivaled Kyoto for sheer sophistication.  Today, all that remains of its glory days are a handful of temples that are very much worth visiting.  It’s not for nothing that UNESCO officially recognized the area as a World Heritage Site in 2011. 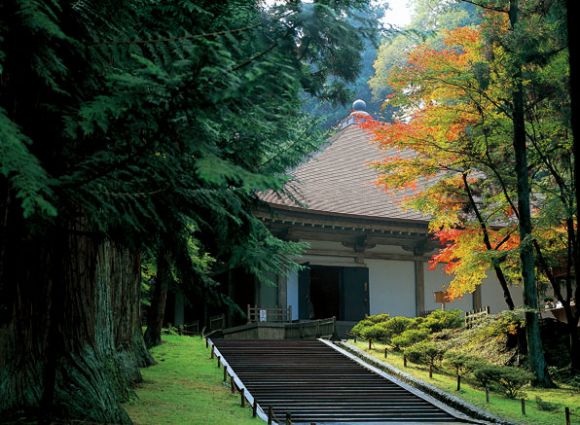 Akita 秋田
In Akita City, vigorous traditional events are also held. The Akita Kanto Festival 秋田竿灯祭り is held every summer in which performers holding Kanto, the bamboo pole with lighted lanterns, parade. This Kanto weighs about 50 kilograms, and a long main bamboo pole is held upright with nine bamboo poles attached horizontally to the main pole on which 46 lanterns are suspended.

Can't wait for spring to come. - - - Kakunodate 角館, Akita Prefecture 秋田県
Kakunodate, once flourished as a castle town during the Edo period, is situated quietly in the eastern region of Akita.
Kakunodate is not only known for its historical and cultural heritage, but also a good place for cherry blossom viewing.
There are 162 wonderful shidarezakura (weeping cherry trees) along the Bukeyashiiki-dori 武家屋敷通り (samura residence street).
Another recommended site is the Hinokinai-gawa 桧木内川 river bank. There are about 400 someiyoshino cherry trees lining the riverbank and length reaches 2.2 km.
The Bukeyashiki-dori and the Hinokinai-gawa river bank are designated the Best 100 Cherry Blossom Viewing spots in Japan. 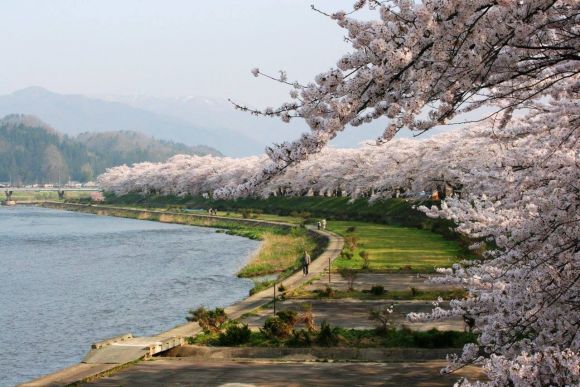