The island of Shikoku has been considered as far-flung destination for centuries.

In times of old, the only way to reach it was by boat, but thanks to a series of bridges build in the 1980s and 1990s connecting Shikoku to Okayama, Hiroshima, and Kobe, it’s no longer as far off the beaten track as it used to be.  This is a place of spiritual, culinary, and natural delights. 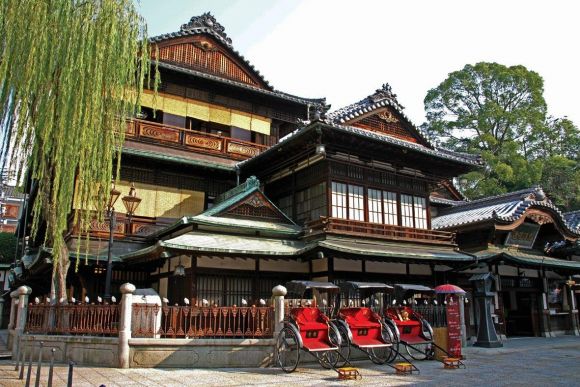 Matsuyama City, Ehime Prefecture 愛媛県松山市
Matsuyama is the home of Matsuyama Castle. Unlike many other castles in Japan, Matsuyama’s isn’t a replica.  Completed in 1627 and renovated in the mid 19th century, it is one of the oldest surviving examples of its kind.  Dogo Onsen Honkan 道後温泉本館 is the star attraction of the city, and the reason many Japanese plan visits to Shikoku in the first place.  The oldest onsen in Japan – 3,000 years old, according to some accounts – it is a picture-perfect example of the Japanese hot-spring aesthetic.  In fact, it was the model for the supernatural spa in the Oscar-winning Studio Ghibli anime film Spirited Away (千と千尋の神隠し). 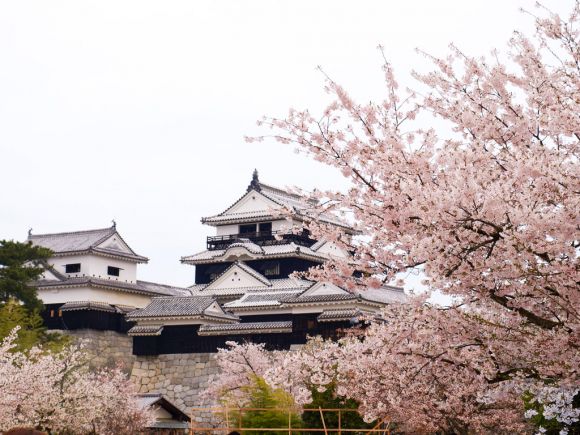 Takamatsu claims to be the first to have introduced Udon noodles to Japan, courtesy of a Buddhist scholar who brought the original recipe for the thick wheat-flour pasta back from China in the 13th century.  Today the ubiquitous Sanuki Udon 讃岐うどん is a regional superstar.

Udon is usually served hot in soup. Udon soup is made of dashi (Japanese soup stock), soy sauce and mirin.  The flavor of soup vary from region to region.  And also, there are wide variations in both thickness and shape for Udon. Cold Udon is eaten by dipping the noodles into a thin sauce, called mentsuyu. Sanuki Uon (Kagawa Pref.) is regarded as one of the most popular Udon in Japan along with Inaniwa Udon 稲庭うどん (Akita Pref.) , Goto Udon 五島うどん (Nagasaki Pref.) , Mmizusawa Udon 水沢うどん (Gunma Pref.) and Kishimen きしめん (Aichi Pref.) 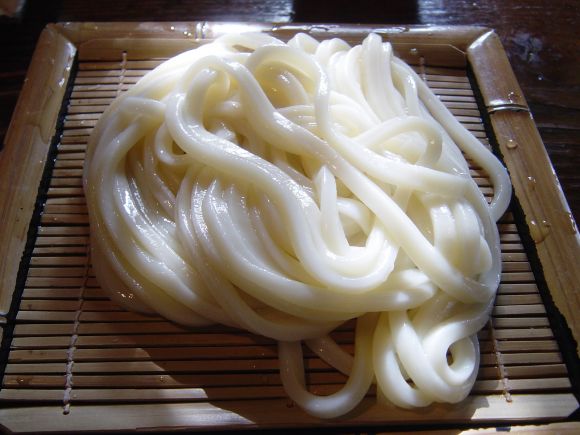 Tokushima City, Tokushima Prefecture  徳島県徳島市
The city’s biggest claim to fame is the Awa-Odori festival 阿波踊り, a 400-year old tradition that takes place every August 12 to 15 on the city’s streets.  But even if your schedule doesn’t let you experience the actual event, you can get the next best thing at the Awa-Orodi Kaikan Hall, which is filled with exhibits, videos, studios, and semi-regular exhibitions by local dancers. 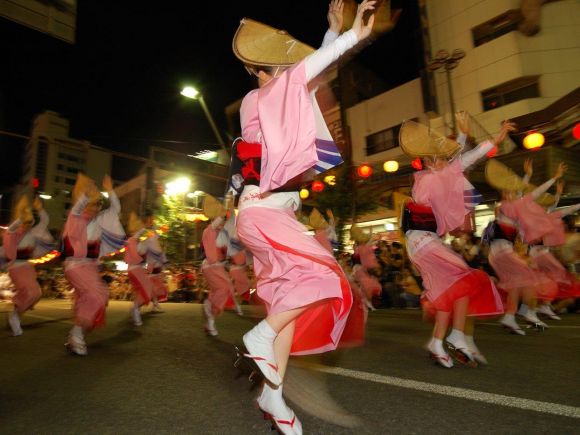 Kochi City, Kochi Prefecture  高知県高知市
The city is the political, cultural, economic, and trading center of the prefecture. Kochi Castle dominates the center of the city, and Harimaya-bashi Bridge 播磨屋橋 is famous for its red lacquer railings, which are retained to this day.  The prefecture's largest event is the Yosakoi-matsuri Festival, which brings together 20,000 dancers. The festival is held annually between  9 and 12 August, and features dancers wielding wooden clappers who compete at various locations around the city. 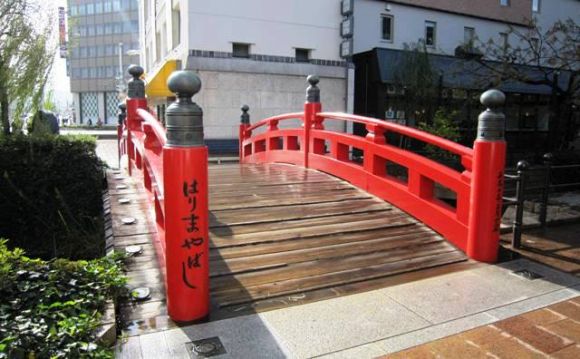 Can't wait for spring to come. - - - Ritsurin Koen 栗林公園, Takamatsu, Kagawa Prefecture
Ritsurin Koen is situated in the city of Takamatsu, the main gateway to Shikoku Island. It is often suggested that Risturin Koen deserves a spot on the list of the three most beautiful gardens in Japan along with Kenrokuen 兼六園 (Kanazawa), Kairakuen 偕楽園 (Mito) and Korakuen 後楽園 (Okayama). Ritsurin Koen, set against the backdrop of the mountain Shiun-zan 紫雲山, is evocative of a Japanese painting. In the garden are six ponds and 13 artificial hills.
There are about 300 varieties of cherry blossom trees in the garden, including someiyoshino, edohigan, satozakura, higanzakura, yamazakura, and more. 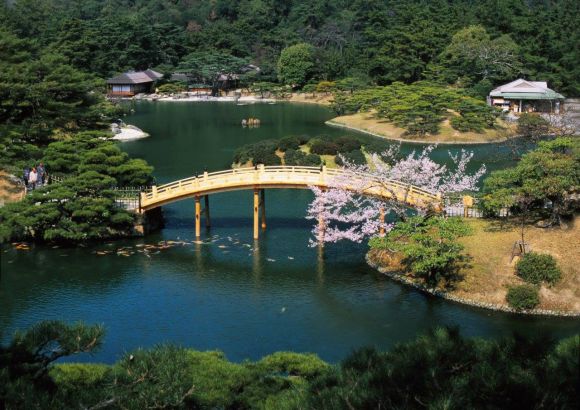 Can't wait for spring to come. - - - Matsuyama city 松山, Ehime prefecture
Matsuyama, the largest city in Shikoku, is the capital of Ehime Prefecture. The city, developed as a castle town, has many places you must visit such as Japan’s noted spa Dogo-onsen 道後温泉 and Matsuyama Castle 松山城.
Matsuyama Castle, standing on a 132 meter hilltop in the center of the city, is the symbol of the town. Unlike many Japanese castles that were destroyed and rebuilt of concrete, Matsuyama Castle is still in its original state of wood and plaster. The castle site is also well-known as the Best 100 Cherry Blossom Viewing Spots in Japan. 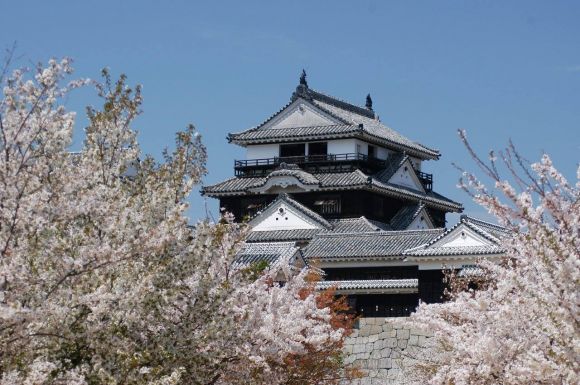